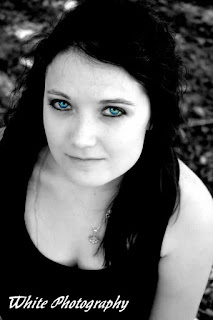 Five years ago, I had the worst Halloween ever.
I ran away from home at twenty.  That sounds funny, seeing as at twenty years old you’re supposedly an “independent adult”.  But, I wasn’t.  I relied solely on my mother and stepfather to support me and I was quickly reverting to childish pettiness and immaturity.
A wrong decision about a boy got me thrown out of my parents’ home on Halloween.  It had always been my favorite holiday.  On this particular Halloween, I had plans that night to hang with friends--to have a good time.  To continue my existence as a worry-free girl who drank too much and partied too hard.
So that Halloween is burned into memory as the evening I had a final blow-out with my mom.  When she told me if I couldn’t stop seeing this boy, then I just needed to pack my things and leave.
And it wasn’t the boy, folks.  It was never TRULY about the boy.  It was about being 20-years-old and being told who I could or could not date.  It was about having to check in with my mother every few hours to let her know where I was.  It was about a complete lack of freedom--freedom I had been given while away at college for two years.  The boy was the straw breaking the camel... and he didn’t last very long after the incident, anyway
I left.  I rented a U-Haul.  I enlisted the help of a couple friends.  We packed my things while my parents changed the locks on my home.  We steered that truck away and I cried.
Fast forward a couple of weeks and I was penniless, waiting tables at Outback and making coffee at Starbucks more hours than I was sleeping.  I bounced from place to place as I realized I couldn’t live with anyone because everyone drove me crazy.  I ended up moving to Nashville where I only spiraled even further into despair, poverty, and unhappiness.
I remember vividly the next Halloween.  I think I was compensating for the lack of celebration the year before by carving 6 pumpkins in various patterns--a vampire, a witch, a scaredy cat, etc. etc... They sure looked fantastic on our little front porch but they didn’t give me back the Halloween I lost.
It’s been 6 years.  Life has returned to a state of normalcy--my relationship with my mother is stronger than ever.  I’m dating a wonderful man who is not only a police officer, but works for my stepdad--instant success in the boyfriend department from my mother and stepfather.  And my Daddy and stepmom love him too.  I’ve made a lot of bad decisions in my life, but that fateful Halloween was the worst.
I’m just glad it didn’t turn the tide on how I felt about the holiday.  Today, I have two boxes full of Halloween decorations that usually go up an entire month before.  I look forward to it just like I used to--and I remember the bad one with fondness.
Because that decision ended up shaping the woman I have become.  And this woman understands one crucial thing...
Her parents are ALWAYS right.  It just took a little bit of maturity to figure it out.

Heather Marie Adkins is an independent fiction novelist and avid bibliophile with the library to prove it.  She writes across genres and began self-publishing her work in June of 2011—much to the chagrin of her mother.  Heather has five published books and two more coming out this year.  She loves to garden, cook, and travel, and would give anything to live in a cottage in Ireland.  She currently resides in Kentucky with the love of her life and 15 pets.

Check out my paranormal romance novels:

Abigail (ebook)
A half-fairy, half-human girl who must unite with the fairies she has long denied to save the humans she loves. 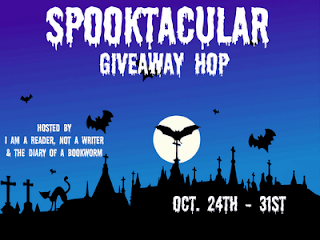 I am participating in the Spooktacular Giveaway Hop. I am giving away your choice of my eBooks. Any one that you choose. I will give you a Smashwords coupon code where you can download whatever format you'd like (mobi for Kindles, epub for Nooks, or a pdf, etc). I have 6 eBooks released, you will get your pick. You can check them out on this blog, there are links for each book at the top.

There will be 2 winners.

Giveaway Details:
To enter giveaway, please follow this blog, then fill out the form below.
Last day to enter is 10/31/11.

To enter giveaway, please fill out this form.

Breaking Dawn is less than a month away. My teen's birthday is around the time of the movie's release. For her birthday, she wants to either go to the midnight premiere (and probably miss some or all of school the next day) or go to the 2pm afternoon showing on Friday, WITH a few of her friends.

I'm not completely against this because Friday is the last day of school before they get a week off for Thanksgiving break anyway. So, really, how much would she be missing? I also like to think I'm somewhat of a cool mom :D However, I'm not sure if the 3-4 friends she wants to bring have parents that would allow this.

How do other teens and parents see this? Would you let your child go to a midnight premiere of a movie on a school night? Would you let them miss part of school to see a movie? What if the movie started at 2pm and school was over at 2:30? Would getting picked up an hour early be okay with you?

Tell me your thoughts!!
Posted by Talia Jager at 7:57 AM 4 comments:

I am participating in the Spooktacular Giveaway Hop. It runs from October 24-31, 2011. Please check back between those dates to enter.

Now, that I have my own teen, I find myself struggling between remembering what it was like and being the parent. I know many of my readers and fans are teens and am interested in starting blog posts about teen topics.

Not only do I want to hear from you for book reasons, but also for handling my own teen :)

I really hope to get some interesting feedback!! So, stay tuned and jump in - teen or not!
Posted by Talia Jager at 8:52 AM 2 comments:

Although my books are selling well, they don't sell enough for me to quit my day job. I still have to babysit to bring the money in. Lately, it seems that it's more trouble than it's worth.

I babysit for two families, both first children. One is 2 years old and the other is 6 months old. The 2 year old has been here over a year. Her parents are pretty flexible, they let me take her to appointments if I have them or wherever I might need to go, they're almost too flexible. They feel that they can disregard the contract, not bring her one week, and not have to pay. I don't understand people like this. My contract specifically says I won't charge them if they tell me one week in advance that their daughter won't be here. Simple right? Better than a daycare who will charge you no matter what. But, no. I get a text at 9pm the night before telling me she won't be here this week.

Well, I budgeted that money. I needed that money. It's my paycheck. So, I could be mean and say I still want to get paid - because that IS what the contract says. OR I could let it go - AGAIN. I know they are struggling financially and I feel really bad insisting that they pay. I try to work with them as much as possible, but what about me? Why would anyone want to screw over the person who takes care of their child???

Then the other people who are good about giving me notice, bounced checks and then got irritated when I told them I wanted cash from now on. Really? Another contract thing. You bounce, you pay, and then you have to pay cash. And again, I must ask, WHY would you do that to your babysitter? These people aren't flexible when it comes to taking their child anywhere. It's a big, fat NO. Normally, I don't go anywhere, but there might be an occasion where I have to go to the doctor or pick someone up at school.

I can't wait for the day that I make enough money on my books so I don't have to babysit anymore!!
Posted by Talia Jager at 9:14 AM No comments: